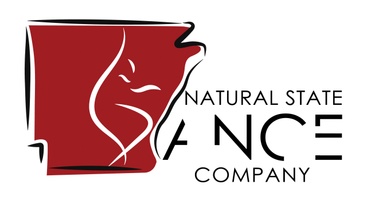 Taylor Jaggers Moneagle is the co-owner and instructor of NSDC. She holds a Bachelor of Fine Arts degree in Dance Performance and a minor in Health and Exercise Science from the University of Arkansas at Little Rock. She is a member of and graduated with honors from the National Honor Society of Dance Arts. Taylor is from Rison, Arkansas. She grew up dancing competitively all over the U.S. Taylor was featured on the UA Little Rock advertisements to promote the dance program. She has performed in UA Little Rock’s dance concerts 2015-2019, and adjudication and informal pieces at the American College Dance Association South Region 2016-2019. Taylor presented her original choreography entitled “Recollection” for adjudication at the 2019 American College Dance Association South Region. As an undergrad, Taylor performed her own choreography in the UA Little Rock Student Research and Creative Works Expo. She has choreographed studio dance routines, college concert dance pieces, pageant talent routines, and cheer team dances. She is well versed in many styles of dance including contemporary, modern, ballet, jazz, tap, musical theatre, lyrical, pointe, and hip-hop. Taylor also has a background in cheerleading. Taylor has trained at various places across the United States including Washington Ballet, Joy of Motion Dance Center in Washington DC, Ballet Austin and the Gus Giordano 2018 summer intensive in Chicago. She competed in Miss Arkansas 2017 and won the fine arts interview award and placed top 5 in the Miracle Maker award. Taylor worked as a dance instructor at MK Studios in Pine Bluff, AR for four years. Taylor is a proud member of the National Dance Education Organization (NDEO).

Kenneth Moneagle is the co-owner and artistic director of NSDC. Kenneth was born in Naples, Italy, and grew up in Mayflower, AR. He holds a Bachelor's of Science in Education and Health Profession in Heath, Human Performance, and Sports Management with a minor in Secondary Education from the University of Arkansas at Little Rock. Kenneth has worked for Clarendon High School for the past three years as the Head Baseball Coach, Offensive Coordinator, Director of Football Operations, and health teacher. Because of his sports background, Kenneth understands the importance of cross training for dancers. He has been a part of many team's wins on the field and onstage. His passion for dance began about three years ago when he first meet his wife, Taylor. Since then, Kenneth has become well versed in various dance styles and has even preformed a duet onstage with Taylor. He is excited to be a part of the NSDC family.